Not long ago when a person could easily buy 20 bananas for a single Rupee. One who had one rupee in that time was considered very rich and had a high status in the society. He was the only man who had access to proper and adequate clothing. He would rent it to people on many social occasions including marriage.

That time is no more. One rupee is no longer accepted by beggars. Even they feel pity on people who give it to them. In short, the value of money has depreciated or has gone down. Kids even don’t ask for one rupee anymore since it isn’t worth of buying a chocolate, and a biscuit. They don’t take less than 10 rupees while going to school. That is the condition a rupee has to see nowadays.

Why it has happened that the value of money is depreciating is the question of study and investigation. Money has lost its value due to its growing requirement for the growing population. The increase in paper supply augmented its depreciation. The necessities and expenses of life have grown and hence the need for more money.

The logic is simple. When things become common, they become cheap while as when they become scarce, their value increases. People earlier had limited access to the source of money. That was the reason why its value was so high. The picture is totally different since almost all people whether poor or rich or even middle class have access to money. 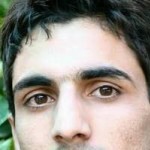 Brought to you by Rais Dar who is a business consultant, and a senior editor at StartupDailyTips. He trains and teaches entrepreneurship, startup education,, digital marketing, and blogging.